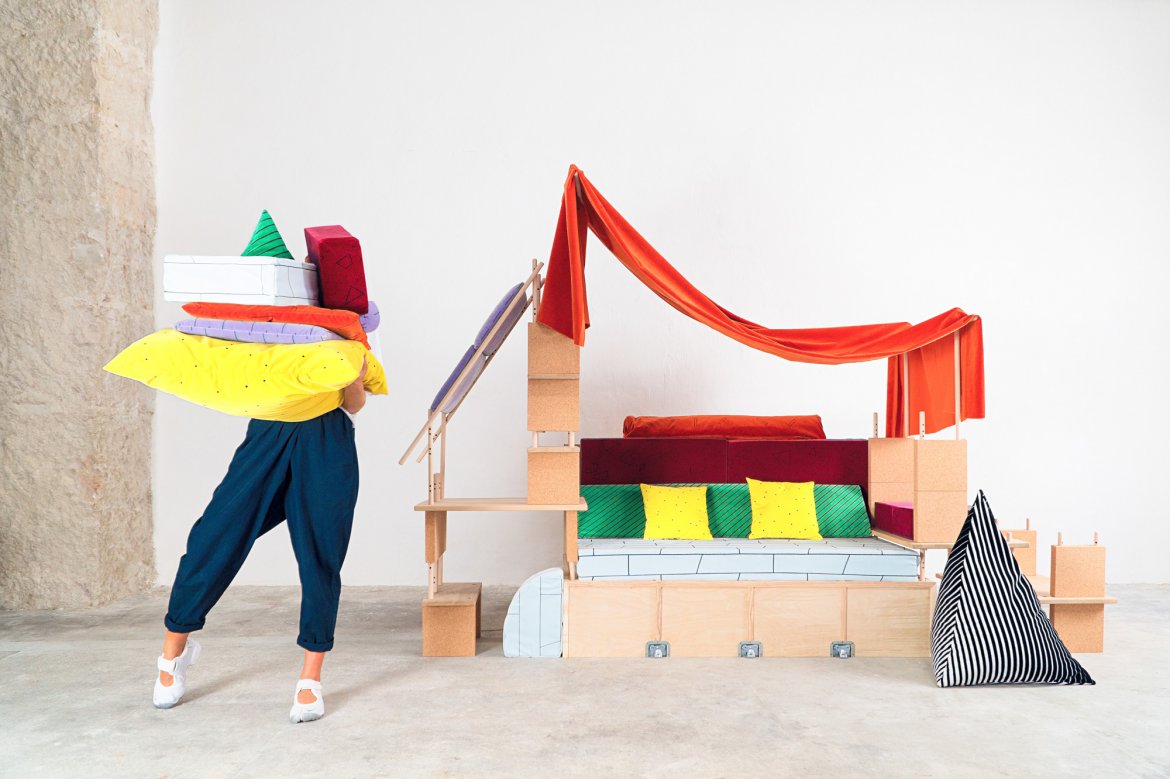 Le Salon Géologique is a nomadic trunk on wheels, it contains a set of forms of various densities, blocks, bricks, cubes or graphic and coloured velvet triangles.
Once opened, it is a literal representation of a stratigraphic column in volume, once deployed : an small autonomous world, composed of elements at the scale of furniture, which composed a metaphorical and dynamic landscape, to take seat in greatest comfort.

Stéphanie Marin and Yto Barrada have met during New York Design Week in may 2015.
smarin was presenting a contruction workshop Play YET.
Yto Barrada was so excited by the system that she fully equipped her studio in Brooklyn.
Three months later, during her exhibition Faux Guide at Carré d’Art in Nîmes,
Stéphanie Marin met the work of Yto Barrada.
Thus born the idea of le Salon Géologique and the desire to share it.
At the same time prolongation of the work of Yto Barrada on geology and of Stéphanie Marin on space design and on comfort systems, le Salon Géologique extends their respective creations :

- The playful and educational universe, in the movie Playground and the series of photographs of traditional toys North African Toys of Yto Barrada, and throught the flexible scales game and the polyvalent and modular, as the construction kit Play YET, elements to simply and endlessly assemble.
Solid and light, easy to handle by everyone, its allow to build furniture.
- The textile's attachment, through the installation of traditional coloured carpets Geological Time Scale of Yto Barrada and in the use of specific and technical fabrics, indeed the choice of materials is in the heart of research of Stéphanie Marin which like to work and propose natural matters, healthy and resistant.
- The geological aspect, a scientific testimony of History, a visual literacy approached by Yto Barrada in many works in sculpture, photographs and films, and in terms of metaphor and visual game with Stéphanie Marin with the Livingstones cushions, a surrealist set of oversized pebbles,
a variable geometry resting area for contemporary interior. Stones as chimerical landscape transformed into enjoyable game of apartment.

My research on freedom of uses led me to think of systems made up in simple forms and natural materials, solid, able to formally change with ease.
Play YET is a system which allows to build functional structures on the scale of the furniture. It is a game for children, allowing to learn how to compose and to share his creativity.
Le Salon Géologique extends this project and make it travel.

It is a comfort system, soft, polyvalent and super-functional: a small retractable lounge, which can be extend into a true landscape to play, or rest and sleep.

Each lithological pattern is retranscribed by the drawing on acolored velvet and is associated with a specific density. The forms contained in the trunk compose a funny geological language.
The carpets elements become tepees, the mattresses become walls, or the ponchos become tents…

To carry out the lithology of a unit of rock means to study the rocks formation and to describe its physical characteristics, as visible at outcrop (the cross section exposed to the naked eye) or made visible using core samples or microscopes. Lithology charts color, texture, grain size, and composition.

To express this data in diagrams, geologists created a mapping convention, in which colors and patterns represent geological time periods and the composition of the rocks.

During my research into fossil craft and forgery in Morocco, I personally discovered this visual vocabulary and beautiful hand-made documents in a dusty museum archive.

Through this ongoing study of rocks and their story, my interest in teaching geology met my enthusiam for visual literacy tools.

The result was the creation of objects and toys - a group of photograms, embroideries, and a playground made of soft blocks. 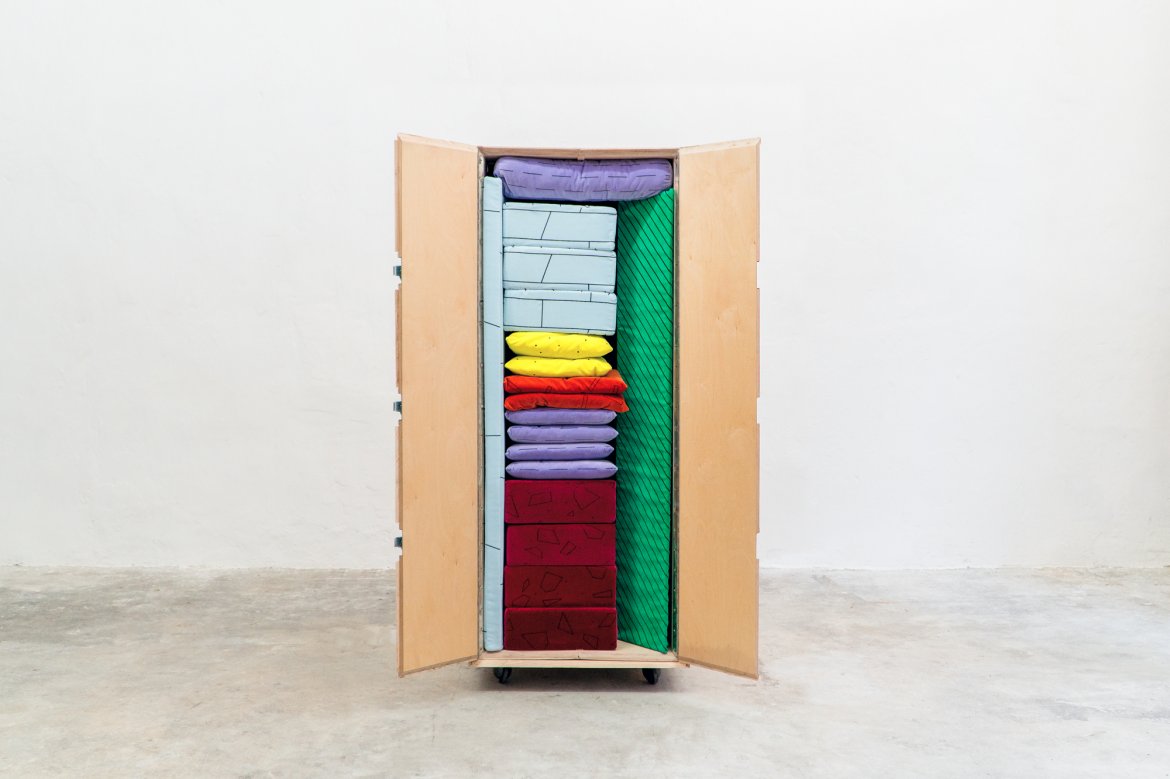 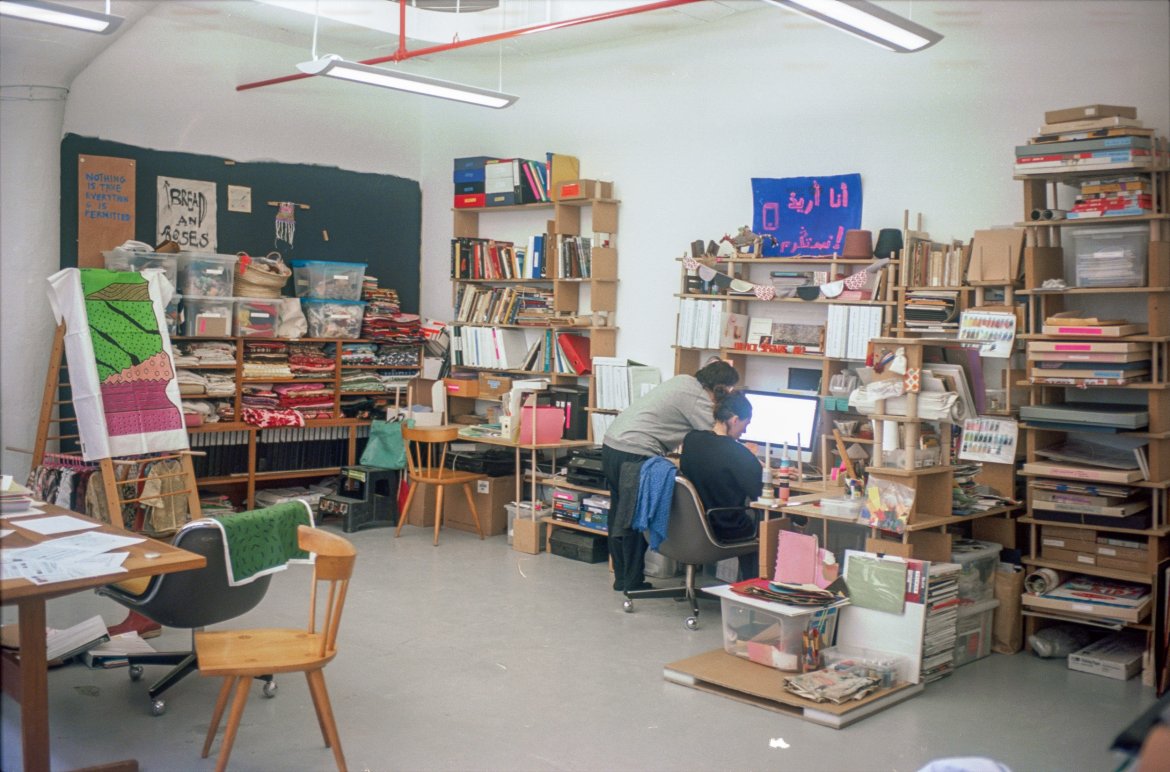 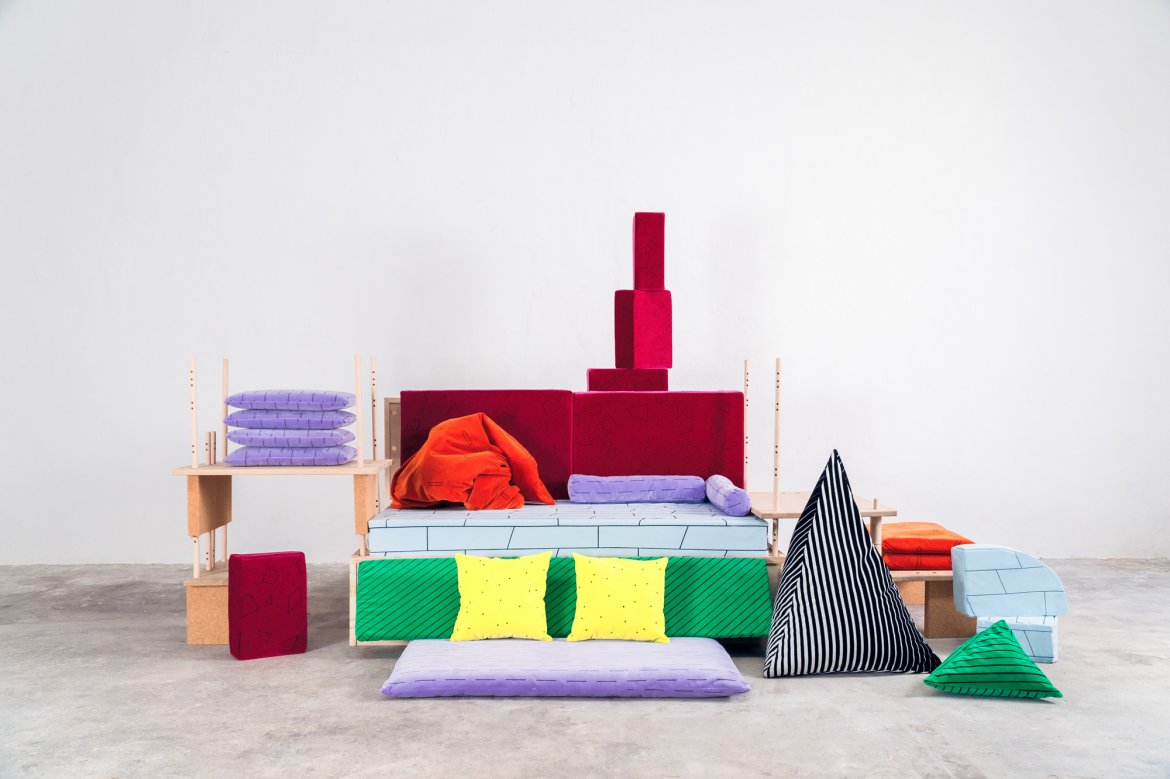 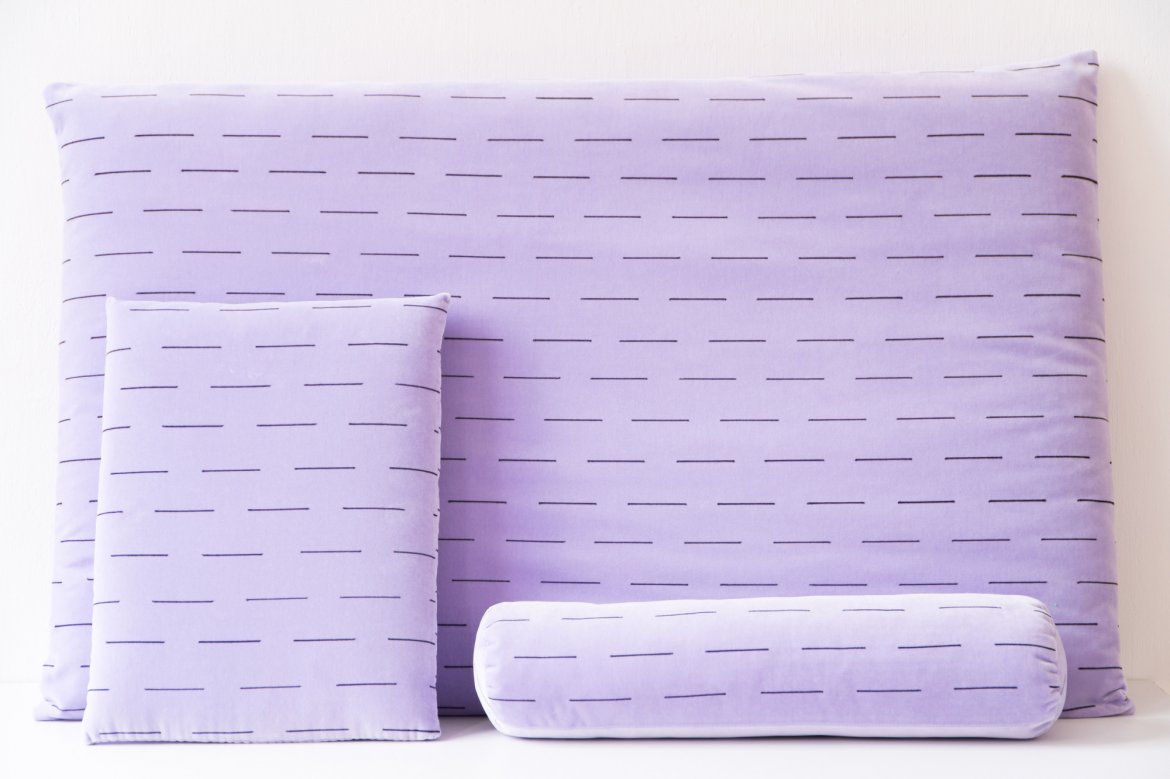 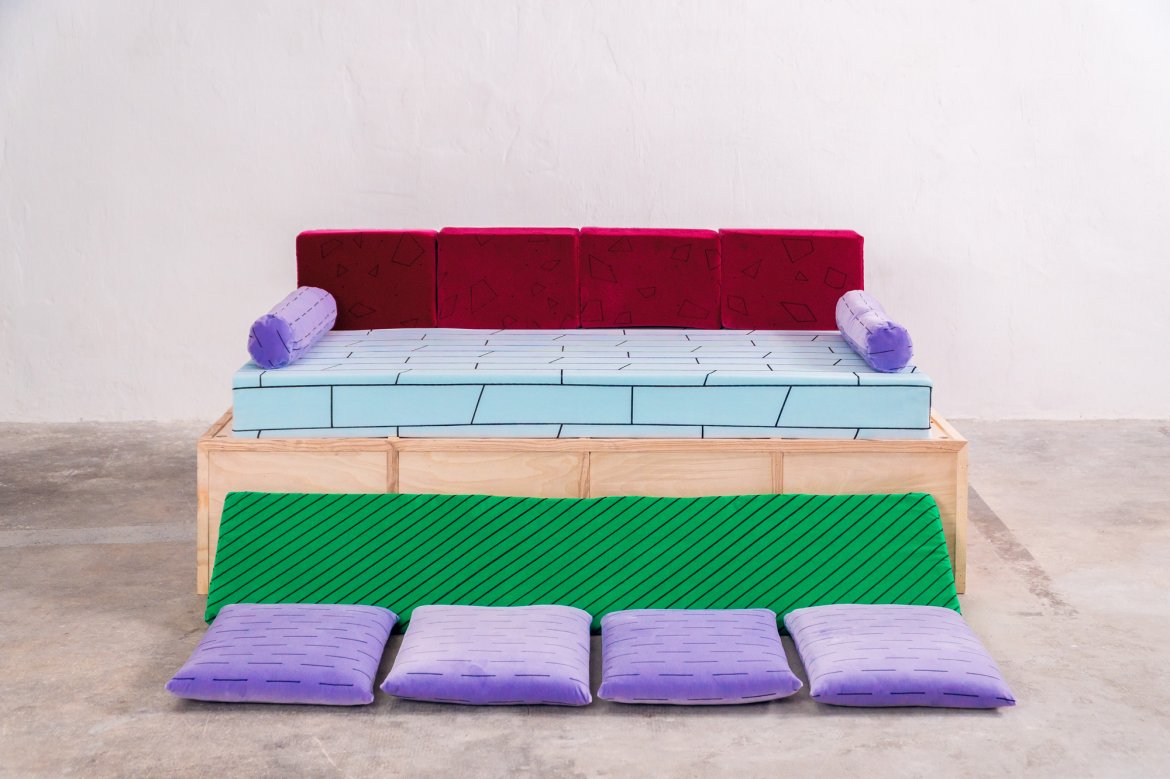 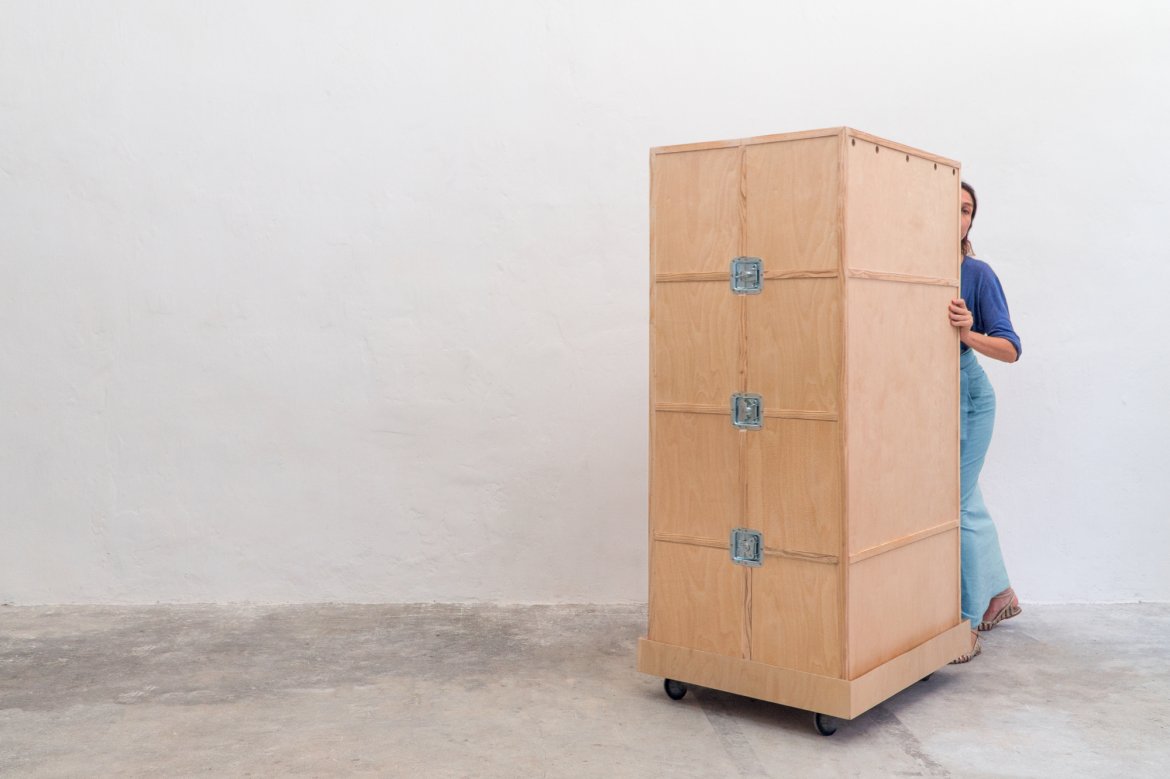 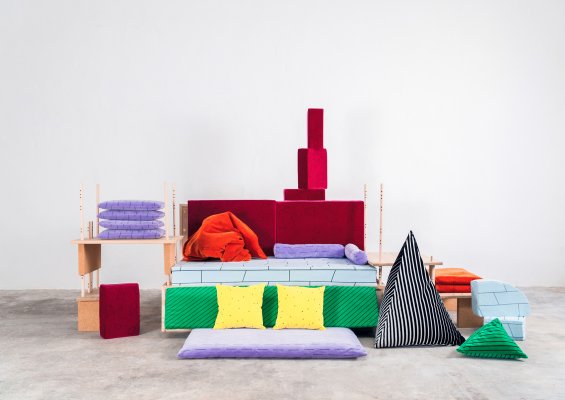 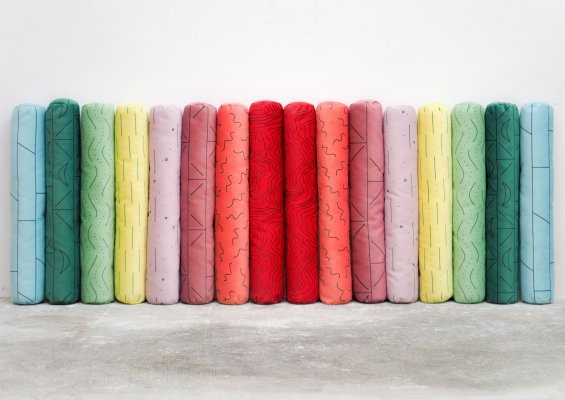 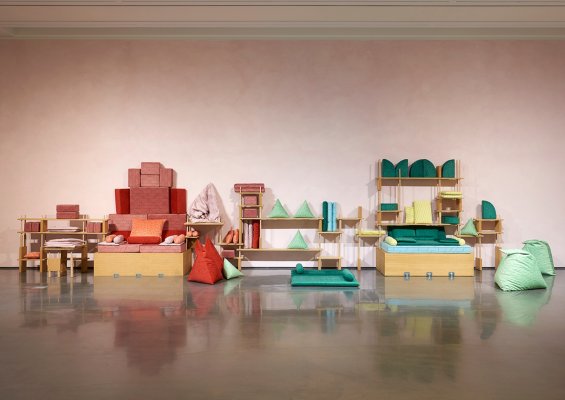 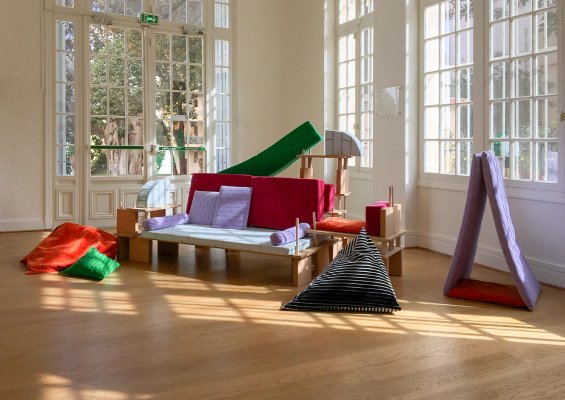 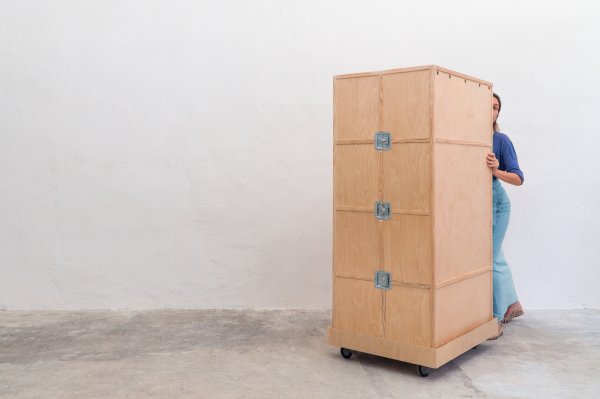 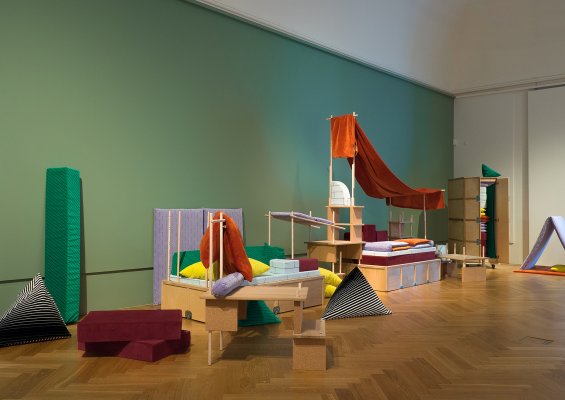 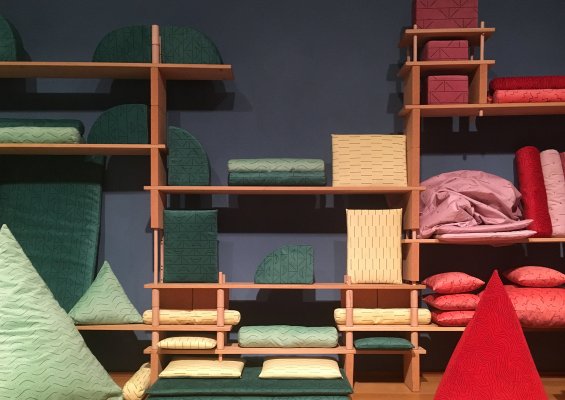 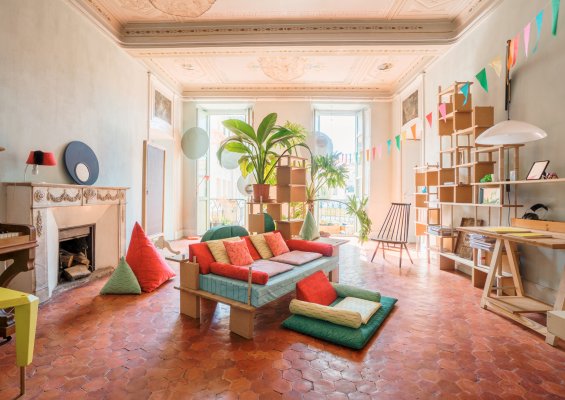