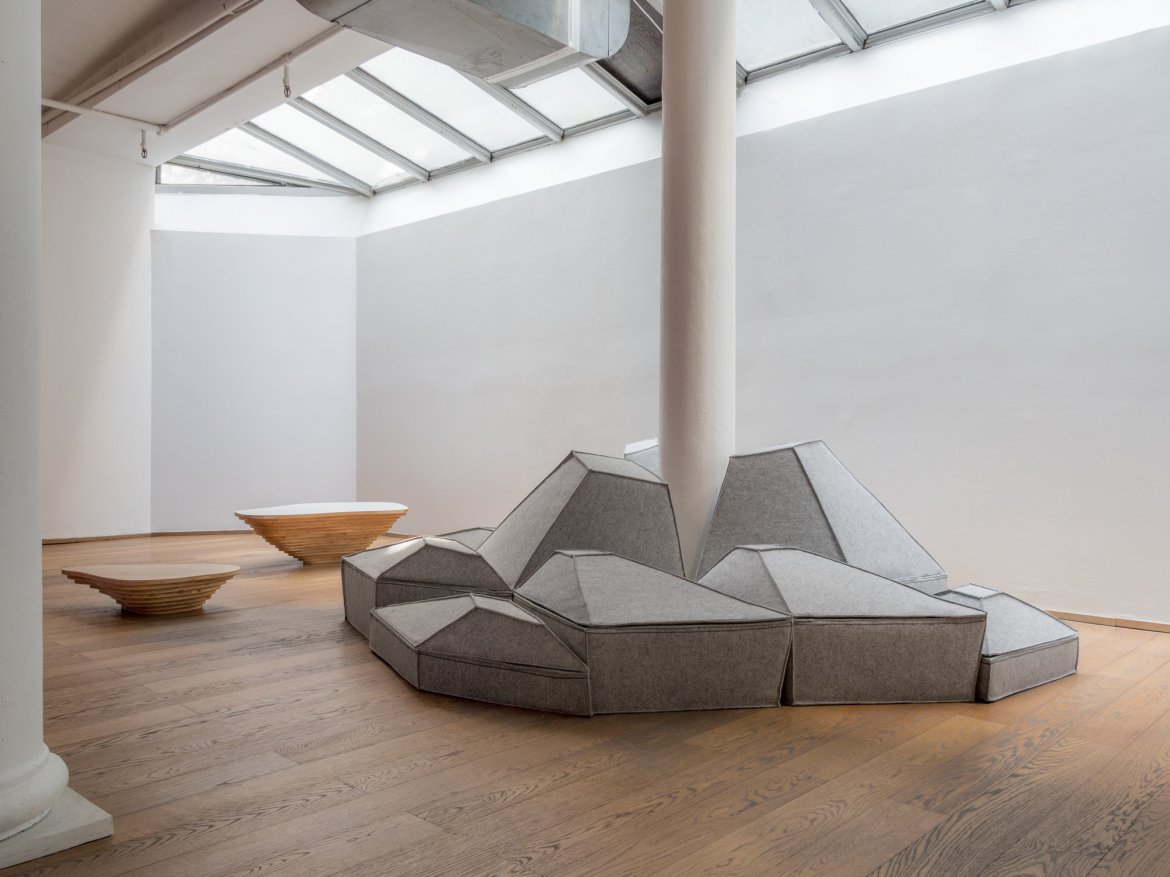 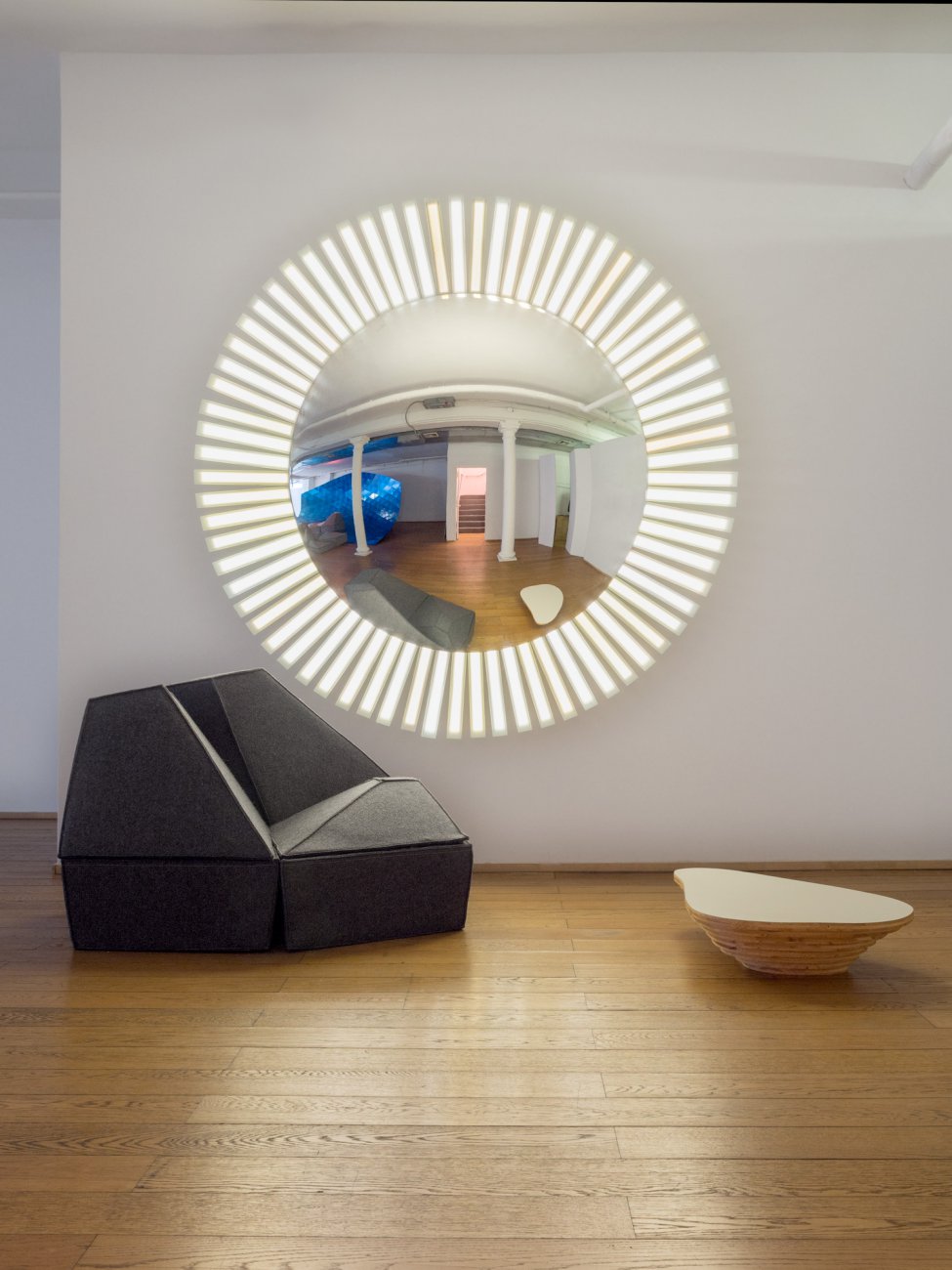 As the Livingstones and Dunes, Les Angles are at the same time a seating solution and structuring elements for living spaces.
They form a set of geometric cushions which easily fit together to transform in seats for individuals or groups. A new furniture collection of eight elements to arrange at will.

This project fits perfectly in smarin’s universe: an original but familiar landscape, made of forms and colours to manipulate freely.
Together they are a flexible pavement, able to cover the floor, the ceiling or the walls. Thanks to the wool properties, they then become a remarkable insulating and soundproof structure.

Les Angles can adapt to any environment, from private spaces to larger contract projects.
Born in the museums from a creative spirit, Les Angles have matured. smarin designed them into functional domestic objects to discuss, rest or work.

The different elements of Les Angles fit together to form a pavement inspired from the mathematic research of Penrose on the solid plan.
This pavement uses two sorts of diamonds for base.
Those diamonds are created using a pair of golden triangles.
The shapes they take is necessarily non-periodic, giving them a singular and attractive look.
Going against received ideas, Dan Schechtman discovered in 1982 that order could be found outside the notion of periodicity in the form of quasicrystals. Almost 30 years later in 2011, he received the Nobel Prize of Chemistry for his discovery.

“My perception of the sculpted waves of the Mediterranean Sea led me to the plane structures of the quasicrystals, or Harmonia Mundi’s representations.”
- Stéphanie Marin, Designer.
More information
Share Tweet Share 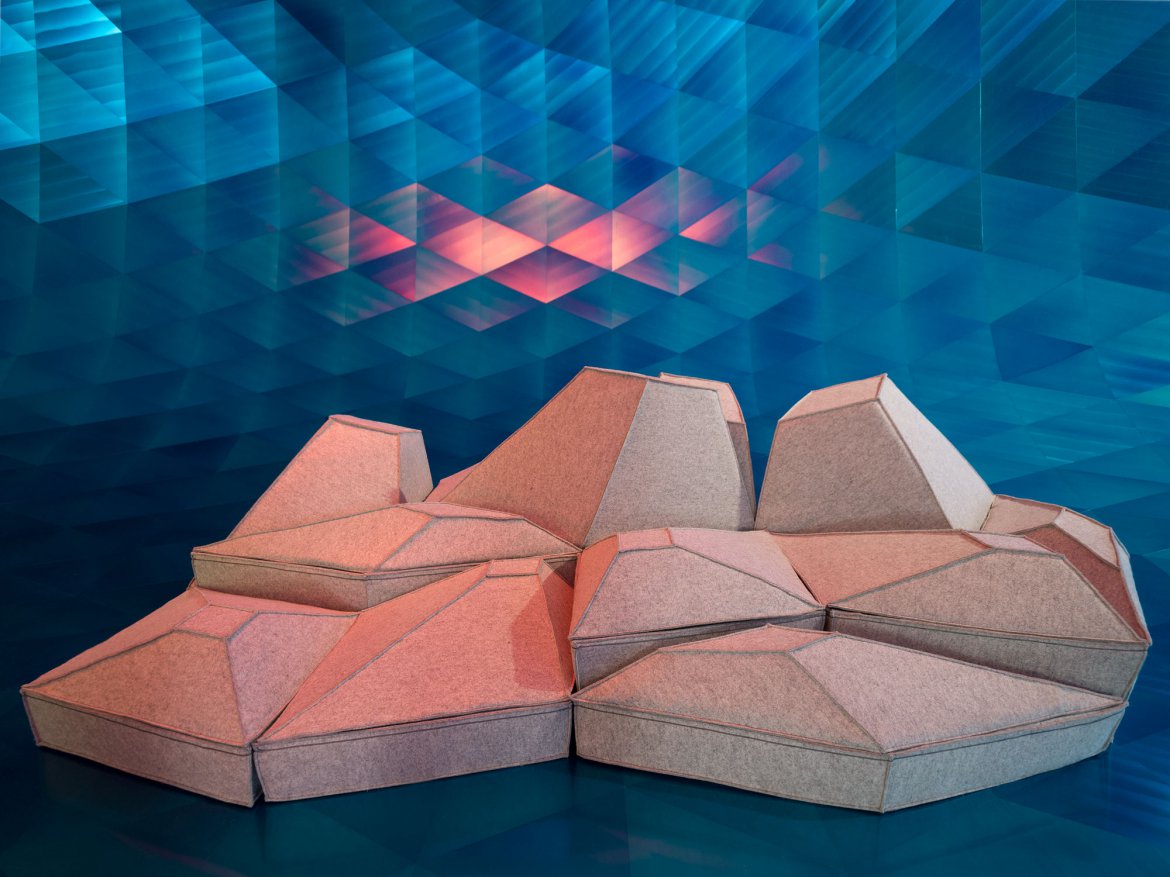